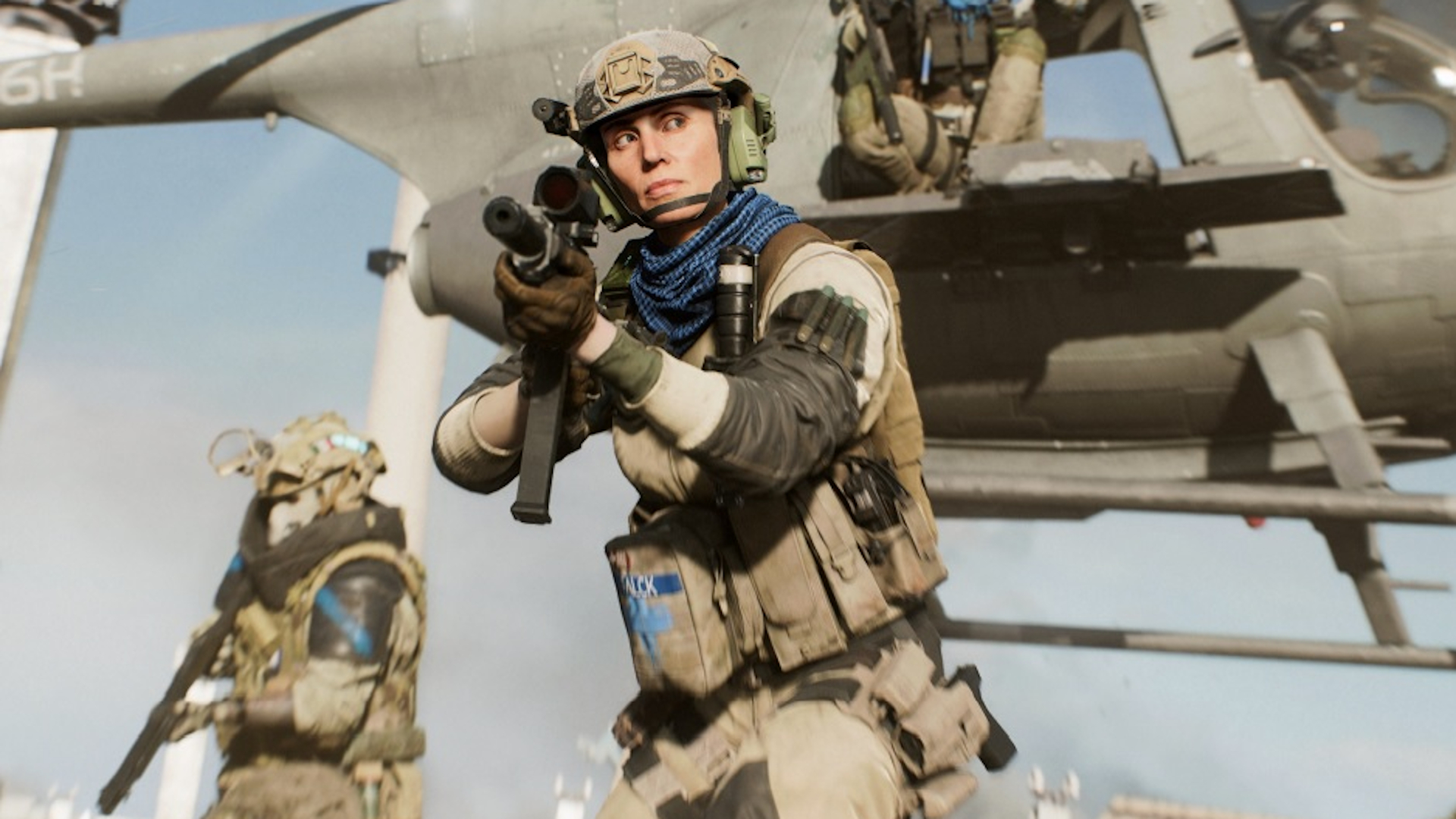 After months of talk about all-out war and portals, we finally know exactly what the last of Battlefield 2042's big three modes is, and it's pretty different from any Battlefield mode before it. Hazard Zone is a PvPvE elimination mode in which 4-player squads duke it out on multiplayer maps over control of contentious data drives. Unlike battle royale, the goal of Hazard zone is “not to kill, but to extract out of the Hazard Zone alive with as many Data Drives as possible,” according to a briefing sent by EA.

Players have to buy guns and choose specialists before a match using in-game Dark Market credits earned through play. If the setup sounds familiar, Hazard Zone seems to take inspiration from raiding games like Hunt: Showdown and Escape From Tarkov. Like both of those games, Hazard Zone players risk losing gear permanently if they're eliminated before extracting from the map at designated exfiltration zones.

In addition to weapons, players can use Dark Market credits on perks for their next run. Here's the full list of perks that EA included in its briefing:

The emphasis on upgrades seems comparable to Hunt: Showdown's perks that grant advantageous abilities to players that have previously survived matches with their selected hunter. Judging by the trailer shown to press, squads will also fight over control of vehicles on the map. All 10 launch specialists will be available to pick from, but only one of each will be allowed on a squad (so you probably won't see a crowd of Mackays running into each other like in 2042's open beta).

One lingering question about Hazard Zone is how much loot will factor into the mode. We know guns can be purchased and likely outfitted with attachments before a match, but can players loot each other for guns and upgrades as they can in Tarkov or Hunt?