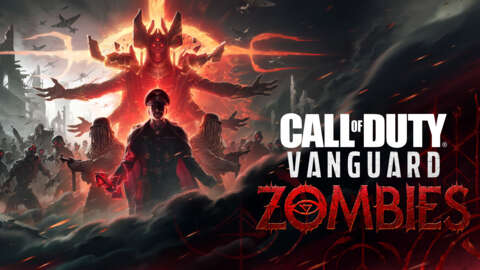 Call of Duty: Vanguard’s launch is just a few weeks away, and the Zombies mode just received a worldwide reveal. While Sledgehammer Games developed Vanguard’s campaign and multiplayer, Treyarch returns to helm a brand-new Zombies experience with a more sinister narrative in the Dark Aether storyline.

Treyarch revealed that Vanguard’s new Zombies narrative begins with the map “Der Anfang,” which is German that translates to “The Beginning.” This new narrative serves as a prequel to Black Ops Cold War’s Dark Aether storyline, revealing what happened before the events at Die Maschine’s Projekt Endstation.

In Zombies, Vanguard’s operators are called to Stalingrad in response to a distress call sent by Professor Krafft, a demonologist blackmailed into the service of Nazi forces. There the operators must work to defeat the Nazi commander Oberführer Von List, who has used a mystical artifact to bond with the Dark Aether’s God-like creature Kortifex the Deathless. Using Kortifex’s power to reanimate the dead, Von List plans to use an army of the dead to single-handedly win World War II for the Third Reich.