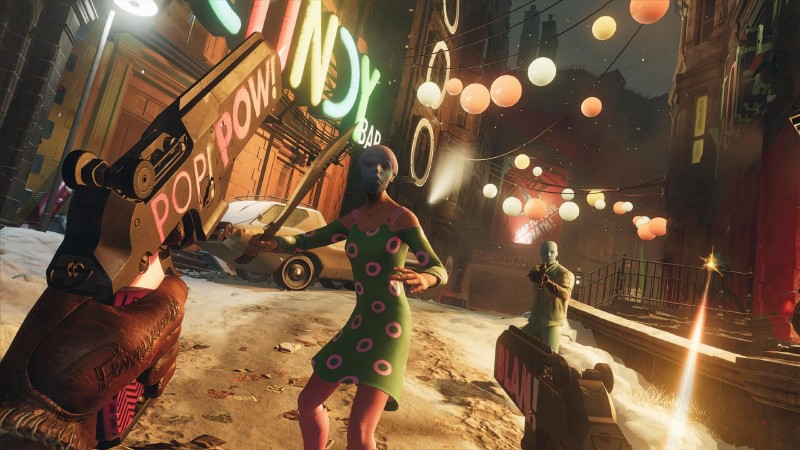 It brings with it a bevy of fixes, bug squashes, and more. It’s roughly 5GB on PS5 and 11GB on PC, and it’s mostly focused on things like stability in gameplay and new options for players. One thing trophy hunters are sure to be excited about is that Game Update 1 fixes issues related to unlocking the Oops bronze trophy and the Deathday Suit silver trophy.

In terms of changes to NPC behavior, NPC pathing and reactions to Colt have been improved. Plus, Aleksis Dorsey’s reactions have been emphasized, which Bethesda says will make it easier for players to identify him amongst his party guests.

Elsewhere in the patch notes, Bethesda says this new update adds a calibration screen into the game’s options for HDR. It also adds a new onscreen poor-connection indicator that lets players know when their online connection is shaky (which interferes with possible invasions by Julianna). Other changes include improved DualSense controller vibrations, improved audio mixing, and some fixes to laser mine, turret, and firework behavior for both Colt and Julianna players.

For a full breakdown of all the fixes Game Update 1 brings to Deathloop on both PS5 and PC, head to Bethesda’s blog post. Read why we gave Deathloop a 9 out of 10 in Game Informer’s Deathloop review after that, and then watch this episode of The Game Informer Show to hear why Deathloop is a Game of the Year contender.

Have you played Deathloop? Were you waiting on some of these fixes? Let us know in the comments below!