Destiny 2's New Trials Of Osiris Is Great, But Needs One Big Change 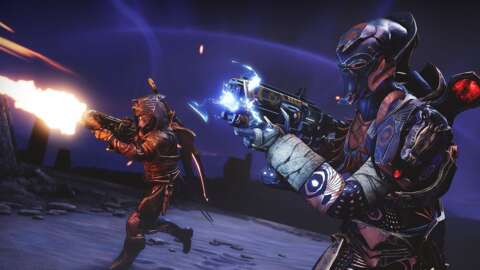 Last week saw the relaunch of the Trials of Osiris in Destiny 2’s Season of the Lost, which has been drastically improved by Bungie’s recent changes to how it works. For years, even with some recent tweaks to make it more rewarding, Trials was an exclusionary mode that drove away lower-skill players because it was so dominated by higher-skill ones. If you wanted to play some sweaty multiplayer matches and get stomped for your trouble, you jumped into Trials–but that’s not the case anymore.

Still, the first weekend of the Trials of Osiris identified one glaring weakness in the mode that’s antithetical to what it’s supposed to be. Loathe as I am to suggest a tweak to Trials that will make it more difficult for average players like me to “go Flawless” and reach one of Destiny 2’s highest peaks, it’s something that makes Trials unfair. That weakness is the ability to see that the people who are matching into your game aren’t on a team, but rather, queuing in solo, and Bungie needs to change it.

Since its inception back in Destiny 1, Trials was a top-tier competitive multiplayer event that was, essentially, the toughest PvP challenge you could take on. Up until now, you could only play the mode if you had a custom-made team that included two other people. The goal in Trials is to win seven matches of Destiny’s Elimination mode–where you only get one life and your teammates have to revive you to keep you in the fight–without losing. Doing so is considered a “Flawless” run and earns you special guns and mods you can’t get anywhere else in the game, to say nothing of the bragging rights that come with it. There’s even a special social space, the Lighthouse, only available to Trials winners.