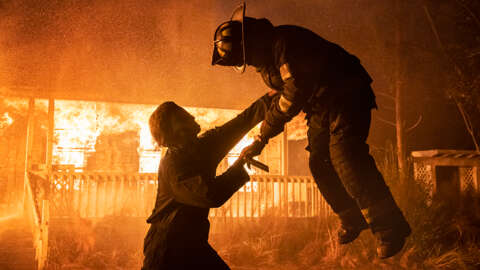 Since the first Halloween movie debuted in 1978, it’s hard to think of a time when Michael Myers wasn’t terrorizing people, hacking and slashing his way through the fictional town of Haddonfield. In fact, the longest stretch of time without an entry in the franchise was a mere 9 years between Rob Zombie’s Halloween 2 and the 2018 direct sequel to that first film.

Now, with Halloween Kills headed to theaters on October 15 and the final part of the trilogy–Halloween Ends–arriving in a year, it’s hard not to wonder about the future of the franchise. After all, Halloween Ends is a pretty definitive title. Could we finally be experiencing the real end of Michael Myers’ tale?

Let’s be honest, probably not. After all, this wouldn’t be the first time Michael was “killed” or even the first time his arch-nemesis Laurie Strode (Jamie Lee Curtis) was “killed,” should either of those events come to pass. Still, GameSpot couldn’t resist asking producer Malek Akkad about that possibility during a group interview. Akkad has worked on every film since 1995’s Halloween 4: The Return of Michael Myers.