John Wall feuds with Stephen A. Smith for ‘getting personal’ over season-ending surgery 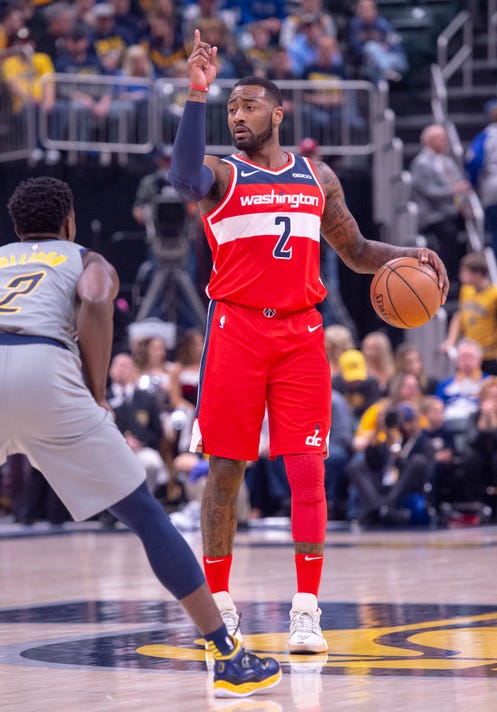 Washington Wizards guard John Wall vented about the “personal” opinion of ESPN personality Stephen A. Smith, who questioned the motive for the All-Star’s season-ending surgery earlier this week.

Wall will miss the remainder of the 2018-19 season to undergo surgery on an ongoing heel injury.

“When people say, ‘You’re just shutting down because you’re not going to be an All-Star,’ that has nothing to do with it for me at all,” Wall told reporters, via NBC Sports.

Although Wall did not name Smith while expressing his frustration, he told reporters, “you know who the guy is.”

Smith, a consistent critic of Wall, tweeted recently that his decision to shut it down this season was “leaving us wondering if he’s calling it a season because he ain’t about to make an All-Star team.”

Wall told: “It’s like this, if you have a personal problem with me, come talk to me like a man. If you want to talk about me as a basketball player, that’s fine. I’m cool with that. I can take that criticism. That’s what comes with being that guy.”

In series of responses over Twitter, Smith didn’t take too kindly to Wall calling him out.

“I don’t want to hear a damn thing from Wall about talking to him man-to-man,” the ESPN voice wrote. “I showed at one game and waited for him in the locker room; he wouldn’t come out. I showed up again when they played (the Celtics).”

Then, to keep the feud going, Wall responded to Smith over Twitter, continuing his stance that the commentator’s hot takes on him are less about basketball and more personal.

Lol bra I walked passed me wit ur head down afta I got my x ray for my foot afta Boston game…stop cappin bra u know me…IDC who u know from my camp, stop hidin…Seem like u got a personal problem wit me not bout basketball

Hey @ChaseHughesNBCS, just saw your tweet regarding @JohnWall. Quote this: I don’t want to hear a damn thing from Wall about talking to him man-to-man. I showed at one game and waited for him in the locker room; he wouldn’t come out. I showed up again when they played @celtics