It’s called DreamDrive but that doesn’t mean you can snooze behind the wheel of Lucid’s luxury electric vehicles.

The new high-range EV company Lucid shared more details about its DreamDrive advanced driver assistance system for its line of Air electric sedans on Tuesday. It’s similar to Tesla’s Autopilot system that assists with highway driving and parking, which requires that the driver pay attention and keep hands on the wheel and eyes on the road. It is not an autonomous driving mode.

Lucid’s co-pilot uses 32 sensors including 14 cameras, five radar units, four cameras, and ultrasonic sensors throughout the vehicle exterior, and driver monitoring to help drive on highways and for parking.

“It can see things the human eye cannot,” an announcer said at the virtual premiere event.

It has object detection, lane centering to keep you in the right place, and automatic accelerating and braking to keep a safe distance from other cars.

If you are distracted, the car will alert you when your eyes are off the road and suggest stopping at the closest rest stop or coffee shop.

SEE ALSO: The best robot vacuums for every budget

For parking, the Auto Park feature can pull in and out of parallel spots or at a parking lot. It steers, speeds up or slows down and even curbs the wheels when parked on a hill. If you’re parking the car yourself it shows how much distance you have to park, “no matter how crammed or tight the parking situation.” 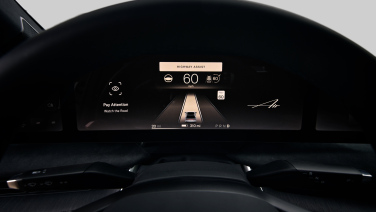 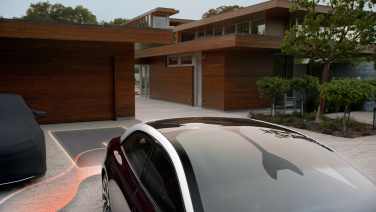 Let the car park for you.
Credit: LUCID

A more advanced system, called DreamDrive Pro, will come standard in the Lucid Air Dream Edition and the upcoming Lucid Air Grand Touring version, which start at $169,000 and $139,000 respectively. So far only the Dream Edition is available, but other models will start rolling out in 2022. You will be able to add the Pro system to any of those future Lucid Air EVs including the base $77,400 version, but Lucid didn’t share pricing for the added feature. Pro includes a LiDAR sensor, directional sound for front cross traffic alerts and other warnings from the 22-speaker sound system.

I drove the Lucid Air. It’s the future of cars.

The Pro system will have future over-the-air updates to add automatic lane changing on the highway and eventually hands- and eye-free driving. It’ll be a more moderate version of Tesla’s Full Self-Driving update, which costs an additional $10,000 and can handle driving on all types of roads and city streets as long as a driver is still at the wheel. (Tesla’s FSD is not fully autonomous, even if it markets it as such, and the feds are investigating Tesla’s autonomous claims.)

At least DreamDrive doesn’t imply that the car can go without a human driver: As Lucid said at the event, it’s intended to “complement your dream car.”