Total War: Warhammer 3 Delayed To Early 2022, "Will Make For A Stronger Release" 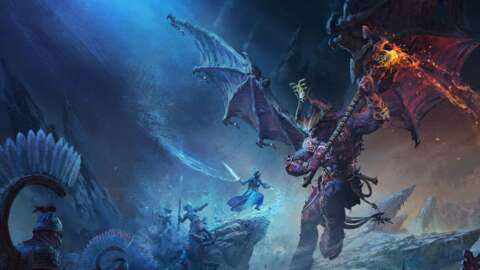 Total War: Warhammer III, the Creative Assembly’s upcoming RTS set in Games Workshop’s iconic fantasy setting, has been delayed. Originally slated to release sometime in 2021, the game will now come in early 2022 instead.

Creative Assembly made the announcement via Twitter, where it said that while it was “tempting to rush to the finish line” the decision to delay the game will make for a stronger release.

Total War: WARHAMMER III will now release in early 2022.
We know this is disappointing, but the extra time means we can accomplish more than we could if we rushed to release this year.
We won’t be staying quiet however, join us tomorrow for the global reveal of Grand Cathay… pic.twitter.com/R4GdObAs9P

While Total War: Warhammer III will be the conclusion of Creative Assembly’s Warhammer trilogy, the developer says the game’s release won’t technically be the end.